We usually do a video recording of such tasks, so we can afterwards analyze different aspects of the task, for instance how long your child looked to which side. We can thereby learn which picture looks more interesting to your child. Does s/he for instance look longer to happy or to fearful faces? 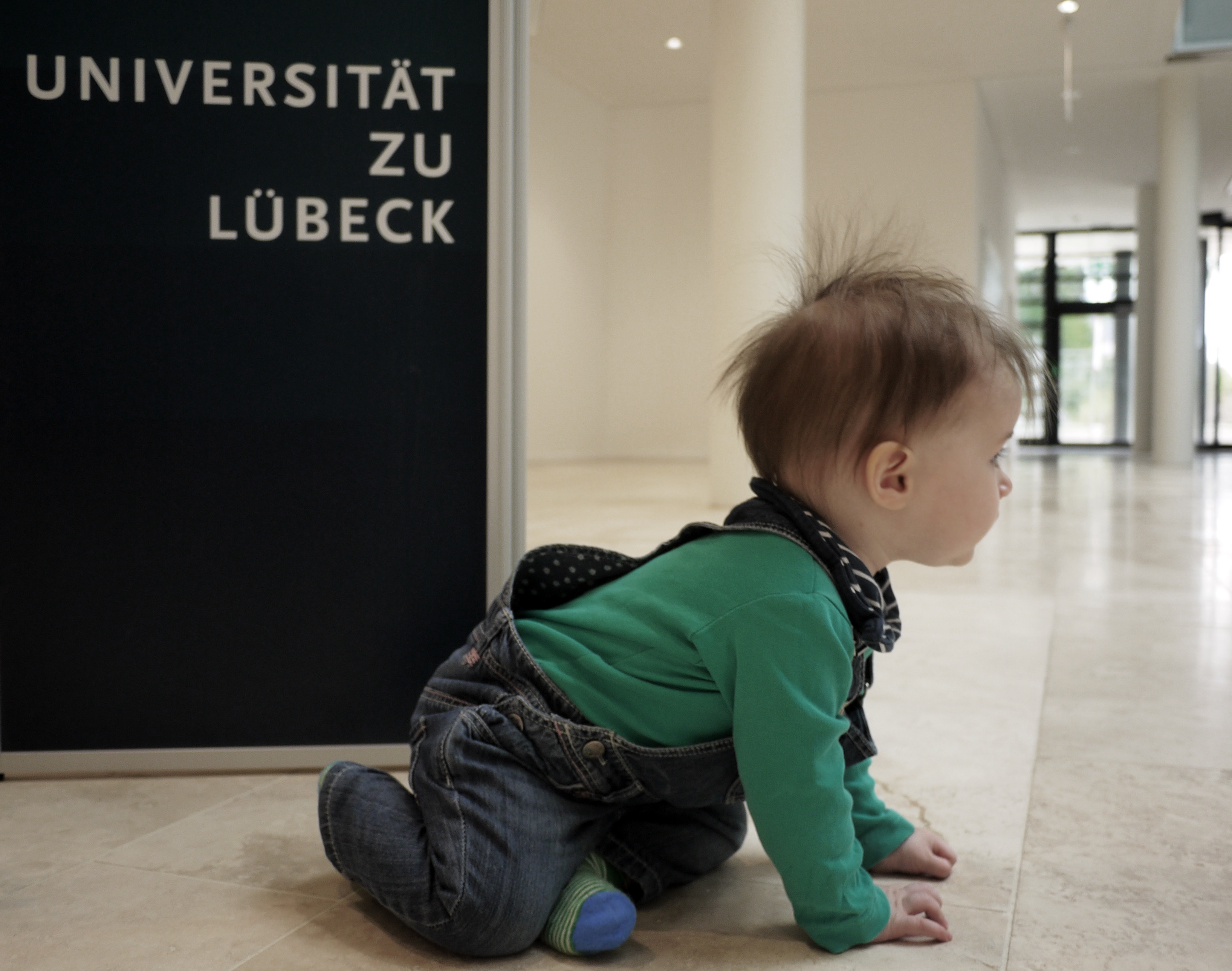 One important part of our research are questionnaires, which we will usually ask you to fill in at home. No one knows your child better than you, so we need your help to learn more her or his everyday behavior and environment. Already very young children have their own personality which of course impacts their behavior, and so it is very important for us to take this aspect into account in our research.

We are especially interested in how a baby’s brain develops and what is happening in a baby’s brain in social and emotional situations. To investigate these questions, we use electroencephalography, or short, EEG. 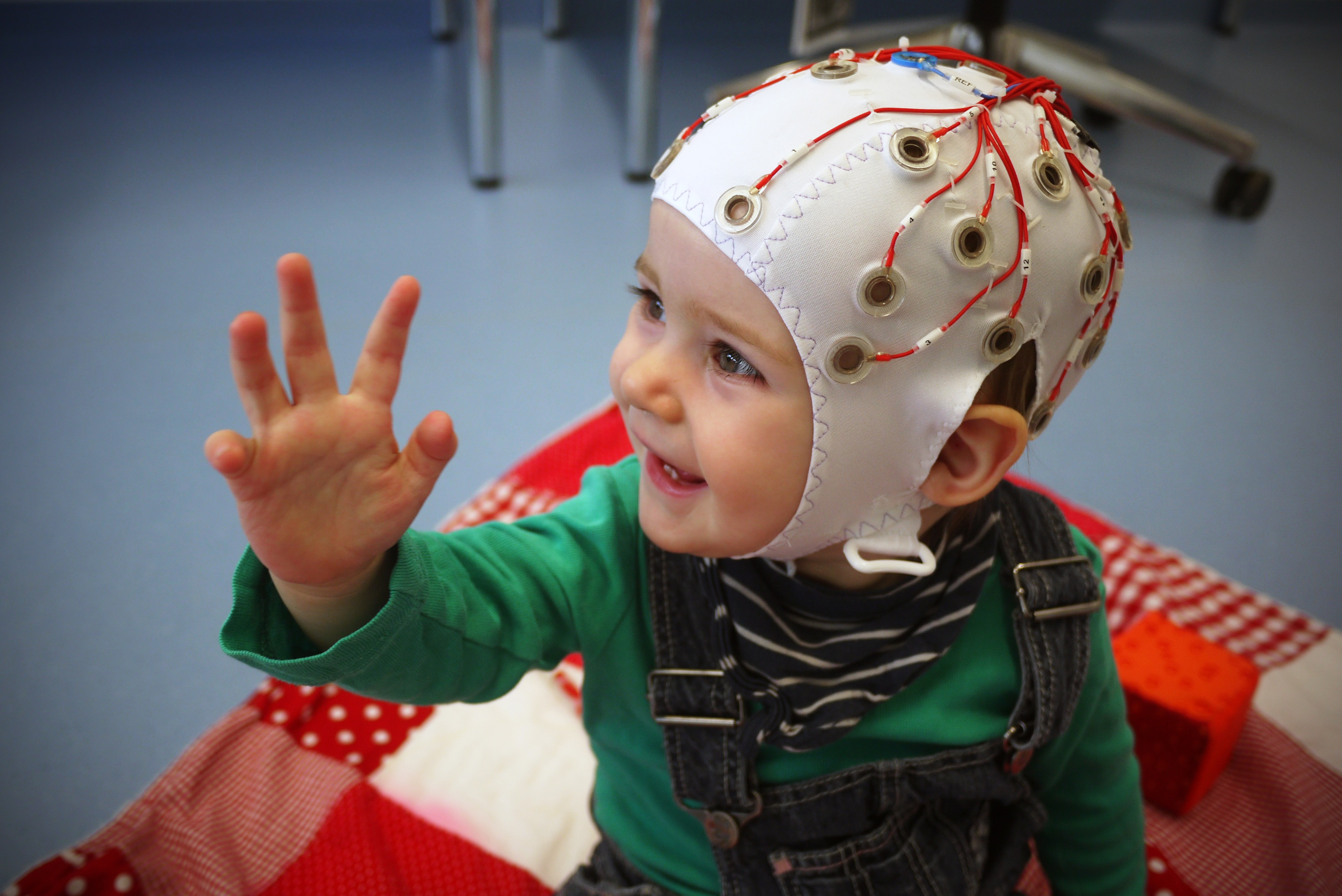 The mechanisms behind an EEG measurement is pretty straight-forward. Brain cells communicate with each other by means of very small changes in electric current. Using specially designed sensors, so-called electrodes, we can detect these change on the surface of the head and make them visible on a computer screen.

Your child doesn’t notice anything from this measurement and is free to behave as it normally does.

The sensors are attached to a little hat, which looks a bit like a bathing cap. To record the EEG, we will therefore put one of these hats on your child’s head. After that, we will use some skin friendly gel to improve the signal conductance between the head and the sensors. During these preparations, your child will be sitting on your lap and you or one of our students can play with your child to keep him/her occupied. In total, the preparations usually take 5 to 10 minutes.

Depending on the study, your child can either remain seated on your lap during the experiment, or we will seat your child in an age-appropriate car seat positioned on the floor. In either case, you will be with your child at all times. After the recording, we will remove the hat and use a some warm water to wash any remaining gel out of your child’s hair.

For recording NIRS, we use little caps in which sensors are embedded and placed on the child’s head. Using these sensors, we shine near-infrared light on the participant’s head, which is reflected and picked up again. Depending on the oxygen level of the blood, the light is reflected differently. Since brain regions which are active can be assumed to need more oxygen, we can thereby draw conclusions about which brain regions are particularly active in a given task. The children don’t notice any of that; for them, the procedure is just like wearing a swim cap, and they can sit on their parent’s lap and behave just as usual. Like EEG, this method does not have any risks or negative consequences on the child and is hence particularly popular in developmental research.